The leaves are settling on our deck and in our yard, as they slowly fall from the trees of our fairy forest. We have had a couple of windstorms, forcing leaves that maybe weren’t quite ready to leave their humble branch home, to move along their way; forcing them to stop clinging to what they now and to release into something new.

Some may think the leaves are falling to their death. I see them falling to their new life. Watching them sit and decompose in our yard, blending into the grass and mud, finding their new purpose, being one again with the ground.

I am seeing the amazing circle of women I am working with this fall in Being & Becoming are much like these leaves in some ways. Life has brought them to this moment in time, where they may not quite be ready to release what they think they know, yet they are letting go to become more grounded and centered; to discover who they are and want to be. I am honored that they chose me to be a part of this journey with them. I am grateful and awed by the work they do, the vulnerability that is coming forth. And I am learning my own lessons from them; releasing some of what I thought I knew, shedding another layer, becoming more grounded in who I am now, who I am becoming.

My 43rd birthday has passed. I quietly celebrated the day with my husband and then later with the him and the kids. It felt right to allow the day to softly pass with those who matter most to me in the world. I had quietly anticipated the day’s arrival, feeling calm in this new age, this new being I was becoming. Knowing that in one day I won’t be a different person, regardless of the anniversary that is marked by the passage of time, knowing that the passage of time will only reveal who I am.

I have been in a state of “pinch me” with my work, with the women I am guiding, with the families I hold space for at my internship, with my children and husband, with my friends. I have felt lucky and blessed and privileged to be doing this work and play also knowing the tears and frustration and near mental collapse that preceded this iteration of my life. It’s been almost four years since the metaphorical windstorm that formed me to let go of the life and career I was so desperately clinging to. When a layoff happens, in those early moments we aren’t able to see the rightness of it, the doors that have been flung open, the opportunity to explore and play and heal that has been granted to us. And yet, those things are all there in those early moments, we merely need to become aware of them.

Looking back seven years to the woman I was, right before and after the birth of my daughter. Knowing how she changed me, how I allowed the transformation, is a touch overwhelming. If people had told me then the woman I would be today I may have laughed at them and thought certainly they were in need of some medication. And yet here I am. The woman I never even thought of dreaming to become.

We make plans. And life has doesn’t care about those plans. When we are open to the shifting, the releasing, the grounding, our plans matter less and the being and becoming transforms into the ebb and flow of the breath of the universe. Sometimes our own breath is in rhythm with this ebb and flow and sometimes it is in discord. That is another piece of the ebb and flow of life.

As our son starts to figure out crawling and eating solid foods; as our daughter masters reading and writing and discovering her own passions and ways of being in the world; as my second to last semester of graduate school flows into the second half; I am seeing my own ebb and flow into being the woman I am now, the woman I dream of becoming. Part warrior becoming a super-heroine, part princess becoming a queen, part sage, part artist, part jester, part mother, part wife; filled with love and gratitude for those in and around my life; knowing that as I release from this branch, I will fall into my center and ground and grow into the next me who is meant to be. 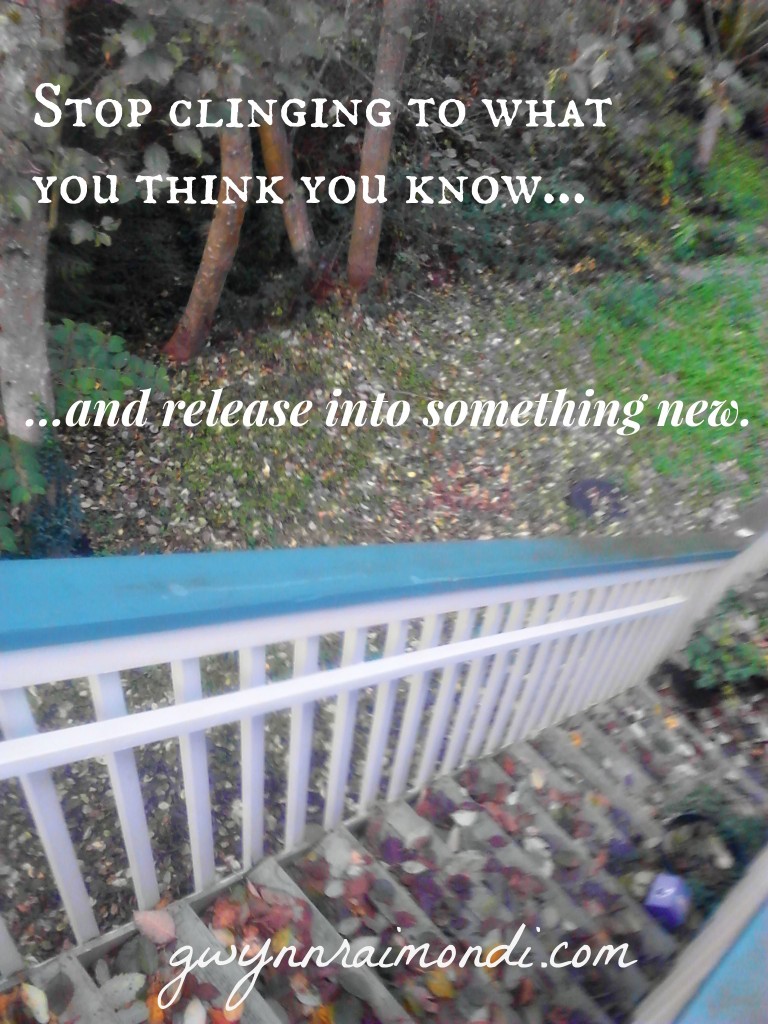 Did you enjoy this? Then subscribe to my weekly love letter right here.